Meiji Shrine is one of the most famous and most visited Shinto Shrines in Japan and therefore a must-visit during your visit to Tokyo. Here’s all you need to know, including its significance and things to do at Meiji Jingu.

What is Meji Jingu?

Meiji Jingu is a Shinto Shrine in Tokyo dedicated to is namesake Emperor Meiji and his wife Empress Shoken. Emperor Meiji was the first emperor of modern Japan. Prior to his reign, during the Edo Period (103-1868) Japan was a feudal nation. By the end of his term, Japan had become a modernized industrial world power. The Meiji Period laid the foundation of Japan as we know it today, making Meiji one of Japan’s most influential leaders. He was born in 1852, inaugurated in 1868 and died in 1912. With his death, the Meiji Restoration ended as well. Yet, the modernization of Japan continued. Only 8 years after his death, in 1920, the Meiji Jingu Shrine was constructed to honor his legacy.

If you do the math, you will realize that 2020 marks the Shrine’s 100th anniversary. In fact, however, Meiji Jingu, as the majority of shrines in Tokyo, was destroyed during WWII and rebuilt in 1958. Therefore, what you see are mostly modern reconstructions.

Where is Meiji Shrine?

You can find the spacious Imperial Shine in the midst of the concrete jungle, right between Tokyo’s busiest districts, Shinjuku and Shibuya. The closest station to the Shrine would be Harajuku Station. Meiji Shrine is surrounded by a dense green forest, meaning that in order to get to the main complex, you have to follow paths through the Meiji Jingu forest. The relaxing stroll takes about 10 minutes until you arrive at the shrine’s main complex. Thanks to the surrounding forest, of which 100,000 trees were donated from all over Japan, it’s a quiet and peaceful place.

The entrances to the forest are marked with a massive wooden shrine archway, called torii. Unlike many torii gates, this one is not painted orange and black.

To express respect, the Japanese bow upon entering and leaving a shrine. Now that you know that, you can do so at your next visit. Don’t worry if you forget. Not many tourists know of the custom which is why it is not frowned upon if not carried out.

What to do at Meiji Shrine in Tokyo

Meiji Jingu is a place of worship; it is not the location of the Emperor’s grave. You can perform typical Shinto activities, like buying charms and writing down prayers and wishes on an ema. It also houses a museum and an inner garden. 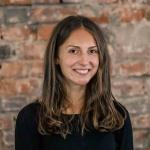 Before you enter a shrine

When approaching a shrine, you will find one or more water-filled basins. The water is used for symbolic purification before entering the main hall. You are supposed to clean your hands and mouth in a ceremonial rite that consists of several steps. Don’t worry too much about it now; each shrine has instructions (including pictures) posted on how to properly wash your hands and mouth.

Located on along the approach to the main complex, Meiji Museum displays numerous of the Emperor’s personal belongings. I opened it to the public in October of 2019.

In addition to strolling through the magical forest surrounding the main complex, you will find an inner garden at Meiji Shrine. The Meiju Jingu Garden is not very large, yet surely worth the entrance fee of yen 500. The garden’s highlight is its iris garden which blooms from May to June.

Most shrines, including Meiji, feature an Ema where you can write down your wish on wooden plates. You can also buy charms for good luck or as a souvenir. Because shrines are visited for wishes and good fortune, a very popular time to visit Meiji Shrine is shortly after the New Year. People flock to Meiji Jingu for their New Year’s wishes and good luck.

You may even witness a wedding at Meiji Jingu!

Many weddings take place at Meiji Shrine throughout the year. If you happen to visit Meiji Shrine on a Sunday morning, the likelihood of seeing a bride in her all-white kimono together with the groom in his black kimono increases.

Generally speaking, you can visit Meiji Jinug’s main building of the Meiji Shrine from sunrise to sunset. Typically, that would be from 4:30 pm to 7 pm in the summer, and from 6:30 am to 4:30 pm in the winter.