We’re already counting down the days to Summer because that’s when the Summer Olympics and Paralympics will be held in Tokyo. The XXXII Olympiad will take place from July/2021 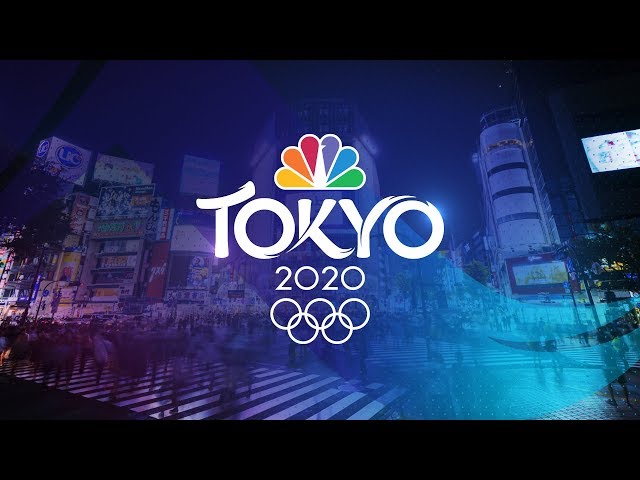 The Olympic Summer Games in Tokyo are the first Olympics organized in the Japanese capital since 1964. The Olympiad back then marked the first Olympics ever to be staged in Asia. Since then Japan also hosted the Winter Games in Sapporo and Nagano. The announcement of Tokyo hosting Olympics sparked joy across the entire country and lead to several new projects in order to prepare for the event along with the highly anticipated spike in international visitors.

There are many firsts that the Tokyo Olympics will bring with it. All medals, for example, are planned to be made entirely of recycled material.

Athletes from more than 33 different disciplines will compete in 42 Olympics venues across Tokyo Bay Zone and Heritage Zone. Athletes’ Village located right in between the two zones

While some stadiums from 1964 will be used, others will be built completely from scratch. One of them is the New National Stadium in Shinjuku. Its construction started in late 2016 at the same site as the old National stadium that was demolished to make space for the new one. The new stadium is expected to be completed in late 2019. It will be the main stadium hosting the opening and closing ceremony of the Summer Olympics in Tokyo. The entire stadium will cost $1.26 billion from start to finish. There will be a total of 80,000 seats, including temporary seats.

Here are all Tokyo venues at one glance:

Tickets for the Olympics in Tokyo

Tickets for the Summer Olympics in Tokyo will be available through the ticket lottery first. The official sales date has not yet been released. However, it is planned that the ticket lottery opens this spring, during Golden Week. The range of ticket prices to attract all budgets, affordable tickets for Tokyo. Most tickets will be priced at Yen 8,000 or less.

In order to apply for tickets, you need a TOKYO ID. With the ID, you can visit the official ticketing site, search for tickets and request them. You will be informed whether you were drawn or not and go ahead and pay to confirm the ticket purchase.

If the lottery proves to be unsuccessful, you’ll still have the chance to purchase regular Tokyo tickets in the fall. That’s when first-come-first-served tickets will become available before the official tickets sales sites, the Ticket Box Office in Tokyo and other retailers place their last-minute sales in Spring.

The schedule for the Olympic Games in Tokyo has already been posted. The mega event will be kicked off with football and softball games on the very first day. Basketball, volleyball and a few other sports will end the Summer Olympics on August 9th. You can take a look at the official Tokyo2020 website to see a complete schedule, including the game times for the different sports.

Where to Stay in Tokyo during the Olympics

If you are in Tokyo during the Olympic Summer Games, whether it is for the multi-sport event itself or because you happen to be in Tokyo around that time, you should know where to stay in the city. Due to its massive popularity, the Olympics will attract hundreds of thousands of spectators, meaning that the city will become more crowded than usual. Especially considering the already too crowded public transport with 20 million daily riders, this is going to be a challenge. In addition to the congestion, July and August are the hottest months of the year. A lot of improvement is needed here to gear up for the Olympics.

What the increased visitor numbers also mean for you, is that it’s also going to be more difficult to find accommodation, particularly affordable accommodation, during the Olympic Games in Tokyo. Hotels for the Olympics are already booking out

The sooner you book, the better!

In order to be in the midst of the Olympics, we recommend:

If you prefer a quieter area, you need to get further out of the city center:

As Tokyo, or Japan in general, has a reputation for being rather expensive, you may appreciate some cheaper hotels, hostels, or the popular capsule hotels:

Where will the Olympics be held?
The Olympics will be held in the Japanese capital of Tokyo. It will be the second time in the history of the Olympiad that Tokyo was selected to host the Olympics.

When do the Tokyo Olympics take place?
The Tokyo Olympics will be held in the summer 2021, more specifically from July 24 through August 9th. There are, however, more than 50 test events scheduled before May.

What is the Tokyo Olympics mascot?
“Miraitowa” is the official Tokyo Olympics mascot. Apart from its cute look, the Japanese name carries a special meaning. The combination of words translates to “future” and “eternity”. The idea behind it is to promote hope for the future. There’s also a mascot for the Paralympics that take place in Tokyo shortly after the Olympics. The pink called “Someity”. Its name derives from the cherry blossom “Someiyoshino” whose tactile sensors are known to be extremely strong. Therefore, it represents the strength and will power of disabled athletes. The connection to the cherry blossom is also reflected in the mascot’s color: pink.

The two mascots were selected by elementary school kids across Japan. To take a look at them, visit Tokyo2020.

As it is typically the case, the Paralympic Games will take place shortly after the Tokyo Olympics. The Paralympics in Tokyo will take place across 21 venues and features 22 sports. The official start of the sporting event is set for 2021. You can see the full competition schedule for the Summer Paralympics on Tokyo2020.org

About the author
Larissa